During a typical consultation, the Patient usually sits in a chair, talks to the Doctor and tries to say what their symptoms are. Some people feel comfortable in this situation and communicate well, others feel more tongue-tied and restricted. 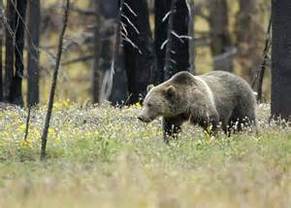 They may find it easier to communicate freely when standing and walking around barefoot. It is as if bilateral motion unlocks their memories and a fuller history of their life and symptoms emerges.
We encourage those that feel more at ease doing so to move around as much as they want during the consultation.
​
TELEPHONE 01481 822778 and make an appointment.
​
FREEDOM IS THE STRENGTH AND HEART OF BEAR FOOT MEDICINE.
A woman in her late 50’s once came to see me. She suffered from cramps in her calves and had pain in the arches of her feet. She was tall and slim, so obesity wasn’t an issue. She came across as being quite anxious, introverted and neurotic. When I asked her questions relating to her problem she only offered the bare minimum of information. I intuited that her introversion was a defense mechanism that had developed to protect her emotionally. She was protective of her true feelings. This is quite common, especially in those who have been hurt badly in the past. She had taken homeopathic remedies previously with good effect and wondered if I could prescribe a remedy to help her walk in comfort.

I said, “let’s walk about the room and see if I can spot anything unusual in the way that you stand and move. Just relax and be natural.” She got up from the consultation chair and the first thing that was noticeably obvious was that she walked with a pronounced stoop. As I have said, she was quite tall and thin. It looked like she was attempting to shrink into herself. This poor posture was certainly not helping her walking and given her age and the fact that she had started to develop osteoporosis all added to her mobility problems. As we casually walked around, her face relaxed and she appeared to become noticeably less tense. Then suddenly, she became more vocal and forthcoming. It transpired that when she was 12 she was the tallest girl in her class and was constantly being teased by her fellow classmates by being called a “bean pole”. Needless to say this mocking was extremely traumatic for her, something that she admitted she had reluctantly carried with her all her life. It is little wonder that her temperament had gravitated toward introversion and neurosis. The tendency for dropping her shoulders had made her feel smaller and more proportionate to the others in her class. It had become and remained a habit up until the present day. It certainly was not helping her to walk properly.

We then talked about her exercise levels currently. She told me that all she did nowadays was walk the dog and go shopping and it was at these times that she really noticed the pains in her legs and feet. Whilst discussing this she said that, a few months ago, the pain had started in the right leg. She then stopped walking and demonstrated where the pain had started by rubbing her right calf and foot. Now, she explained, both lower limbs ached after walking around after about 20 minutes. She recalled that when she was at school she had taken part in sports, she was good at them and this was the one and only thing that provided her with any confidence at all during her school years. I checked her circulation, all the pulses were as they should be and there were only minor varicosities around the ankles. On the whole she was a chilly person who liked walks in the open air. She was intellectual, and had read French literature and philosophy at university. As far as food was concerned, there was a love of fancy cakes and she craved sweet things generally. This and other revelations led me to prescribe the homeopathic remedy Lycopodium at a 30c potency. She was to take this twice a day and stop when her symptoms started to improve. When she returned to see me again a month later, she was full of the joys of spring. She had begun to feel better after about a week of taking the tablets and after three weeks had stopped them altogether. She was also much more bubbly and confident and had been working on improving her posture. I am sure that if we had remained sat facing each other instead of walking around and being dynamic whilst consulting, she wouldn’t have relaxed and loosened up as she did. As she said, “I now feel like a new person altogether. You have helped me to walk pain free!”